I am now an instructor at our local two-year college. Jacques hates how much time I have to spend working on lesson plans and lecture notes. He doesn’t like or understand that he can’t sit in my lap while I feverishly work on my next lesson. There’s a lot of grumbling and mumbling coming from the little pork chop as he voices his displeasure. In contrast, there’s a lot of giggling and border-line hysterical laughter coming from my husband, A3. Why is that? Well, amongst my school supplies, he’s found a new toy. This “toy” has turned a grown man into a giggling little boy who just can’t help himself.

I’m not going to lie – it’s pretty hilarious. (I mean, it took my late German shepherd about 30 seconds to figure out that I was messing with him.) But I also feel a little bad for my totally neurotic, OCD Westie who will look for that light for close to an hour at a time. (I wish I was exaggerating, but I’m not.) Not even an offer of a treat or a snuggle will break his Westie focus. He. Must. Get. The. Light. 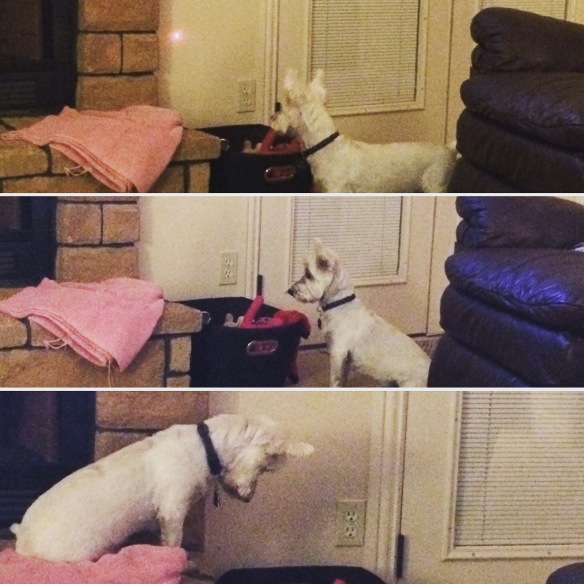 A3’s argument is that it keeps Jacques occupied and keeps him out of my lap while I work. That is a true statement. I just worry about the potential “harm” it may do to his already insane-too-tightly-wound-neurotic-OCD brain.

Things have been super crazy around here lately (much to Jacques’ dismay). So much so, that I didn’t realize it was a National Dog Day until the day was almost over. (gasp) As I hurriedly tried to get a celebratory post on Jacques’ Instagram feed, I received notification that Suzuki Cycles of North America had seen a picture of Jacques sitting on our Suzuki DR 650 and wanted to feature it (along with a couple of other photos) on Instagram in celebration of National Dog Day. Needless to say, we agreed to let them use the photo. We were thrilled! And Jacques’ ego was inflated even more – though I didn’t think that was possible. He feels that it is absolute validation of his superstar status… There has been no living with him since! 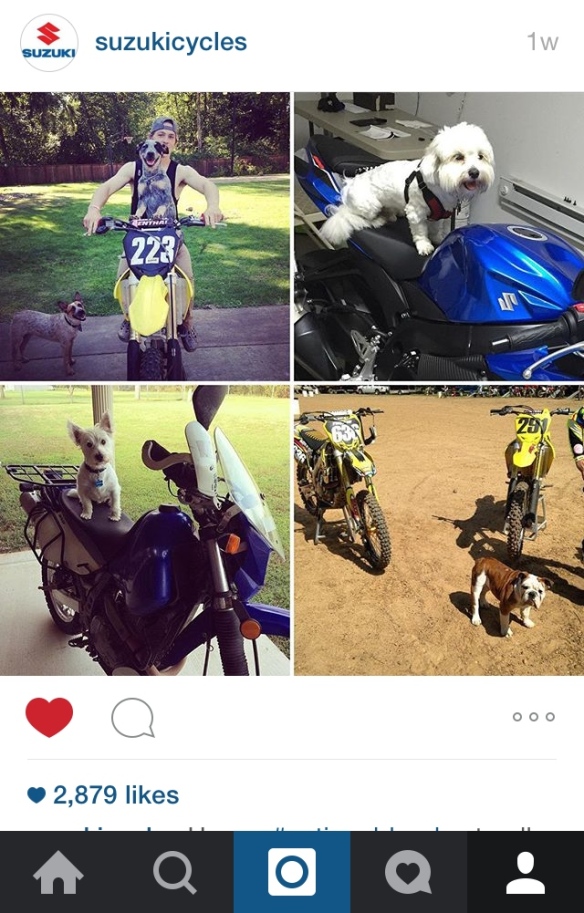 Our National Dog Day tribute to our boys… past and present. 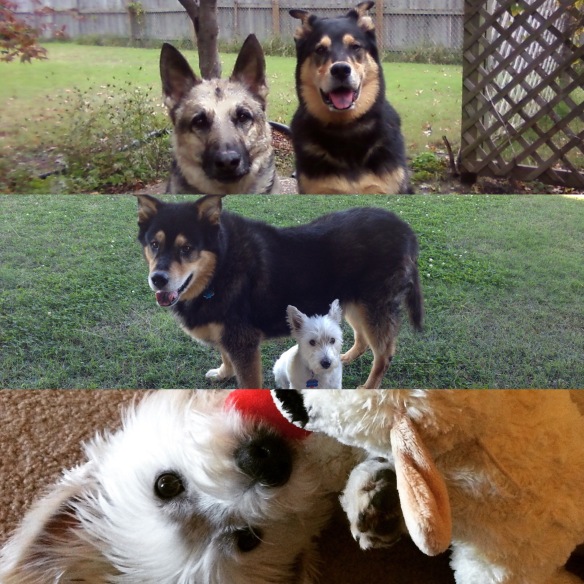 (A number of our Instagram friends know this, but we thought we would share it with our blogosphere friends.)